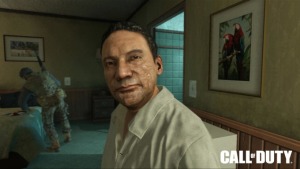 Noriega’s attorney argued Activision improperly used the ex-general’s exact likeness without first obtaining his permission, and cited another court’s ruling allowing the pop band “No Doubt” to pursue damages after band singer Gwen Stefani was included in the video game “Band Hero” without her permission.

For their defense, Activision has hired former New York City mayor Rudy Giuliani. “I am morally outraged that a man like Noriega is seeking to inhibit our creative rights in the United States,” said Giuliani. “If creative rights have to be sacrificed, they shouldn’t be sacrificed for someone like Noriega, nor should anyone have to send millions of dollars down to a Panamanian jail because this madman is making absurd claims.”