Toronto is cracking down on little free libraries, for some f*cking reason

A senior citizen who faces $100 in fines for having free books on his Toronto property is the result of “bureaucratic bullcrap,” according to his daughter – and lots of angry people on Facebook agree. 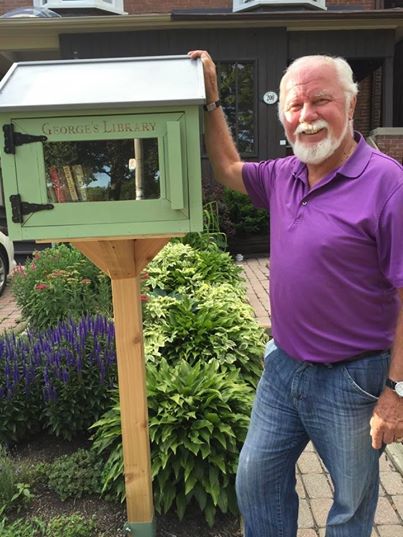 Posted on September 28, 2017 in Uncategorized

Disgusting: Pharmacies looking to profit off of opioid crisis

A group that represents the largest pharmacy chains in Canada is pushing Ontario to implement a compulsory consultation program for patients prescribed opioids for pain management — one that would initially cost those patients  $75.

“It’s about preventing new patients from becoming dependant to opioids by identifying the risks before they start taking them,” said Justin Bates, chief executive of the Neighbourhood Pharmacy Association of Canada (NPAC).

NPAC lobbies on behalf of more than 6,500 individual stores, and counts Shoppers Drug Mart, Walmart and Pharmapix among its members.

The organization claims it can help contain the province’s opioid abuse crisis if the ministry of health updates a program called MedsCheck, which helps some patients manage medication schedules and doses. Currently, only patients who live with diabetes; are on more than three medications or live in a long-term care facility qualify.

Bates added that the group will also be pushing the federal government to allow pharmacists to renew, modify or reduce prescription doses at their own discretion without consulting the customer’s physician.

Currently, each initial in-store consultation costs $60. The lobby group is asking Ontario to include opioid medications under an expanded MedsCheck program, meaning every person prescribed an opioid would be required to do an in-store, $75 consultation. Each follow-up consultation would cost about $25.

The program would apply retroactively, so even patients who are already on an opioid would need to do a consultation.

I have spent all week in Brighton, at the 2017 Labour Party Conference. This was my first visit to the conference. As someone who dislikes the ideological straitjacket of political affiliation, it will probably be my last.

From the suffocating presence of ‘Palestinian solidarity’ to an obvious tolerance for rabid antisemites, this week was deeply unsettling. There were times where the atmosphere was scary.

The Los Angeles Times identified the previously unidentified woman as Anila Daulatzai. Harvard University lists her as having been a Visiting Assistant Professor of Women’s Studies and Islamic Studies at Harvard Divinity School. According to Vogue Magazine, she currently teaches at the Maryland Institute College of Art.

Seriously, it could not be any more hypocritical, or it would just sound made up.