Police carried out raids on supposed ISIS safe houses in Istanbul and the western coastal city of Izmir.

39 of the Most Influential Islamist Activists in America

This week the Council on American-Islamic Relations (CAIR) released yet another version of its “Islamophobia” report, “Confronting Fear,” replete with lists and fancy quantitative analyses of groups CAIR opposes, dividing them into “inner core” and “outer core,” and estimating their incomes.

It’s all very interesting for those of us (the Middle East Forum, in my case) mentioned. But more amusing is that the report also provides a list of 39 Islamists who, CAIR informs us, participated at an “August 2015 strategy session” where they developed the outline of this report and its conceit that we critics of Islamism should be banished like the Ku Klux Klan.

“Since 2009, this barrier has been set, but today thanks to a great political will, we are bringing it down,” Pena Nieto said in Spanish.

The policy had been imposed by the previous Conservative government to stem the flow of asylum claims from Mexico, which nearly tripled from 2005 to 2008, when Mexicans accounted for more than 25 per cent of all refugee claims filed in Canada.

The idea of preserving individual identities on a small planet with 7 billion people is an infantile notion. Individualism has become a weakness as a species, and has kept our maturity from equalling our technological evolution. The choices are: we shed 5 billion souls through tribalism, famine, disease, and general break down of our ecosystems, or we grow up as a species and put survival over profit, and individualism. We will probably suffer the first option before we chose the second!!

A branch of the terrorist organization al-Qaida is advising prospective terrorists to target white people for their attacks, in order to prevent politicians and law enforcement from dismissing their acts of terrorism as run-of-the-mill hate crimes.

Terrorists trying to convince everyone they’re, you know, terrorists…

20 years ago you laughed at me, you are not laughing now

The Truth About #Brexit 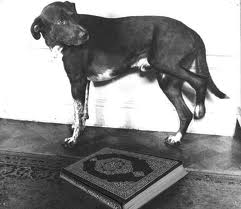 The Stash on Brexit

Moderate PA arrests people for “violating the sanctity of Ramadan”

Go make peace with these barbarians

Panama Papers billionaire honoured at York U despite bribery case

“Try your best to be a good citizen,” Dahdaleh said in his acceptance speech.

A senior Iranian cleric from Isfahan, Iran, said “immorality” among young Iranian women, stemming from dressing “improperly,” is resulting in climate change and causing the rivers and dams in Iran to run dry.

Posted on June 17, 2016 | Leave a comment
In a normal country during normal times, the jihadi terrorist shooting in Orlando in which 49 people were murdered in cold blood — and more than 50 injured — would be a cause for a serious debate about national security. Instead, it has been taken as an opportunity to light a bonfire of the inanities.

According to the Miami Herald’s minute-by-minute report, the killer roamed with impunity for more than three hours. At various stages he stopped shooting and walked around; from time to time he searched the areas in which people were hiding; and, at one point at least, he put down his gun and washed his face. Eventually, the police breached the building and opened fire, possibly killing some innocent people in the process. In so doing, they brought to the situation the one thing that was the most necessary of all: bullets flying in the other direction.

Justine Trudope is PM because of dumbass children

The following “handbook” for professional journalists began re-circulating on social media recently and we thought it relevant to share in light of the deceitful mainstream media coverage following the Islamic terror attack in Orlando.

Guidelines for Countering Racial, Ethnic and Religious Profiling, first disseminated by the Society of Professional Journalists (SPJ) immediately after the 9/11 terror attack, exposes how members of the media are instructed to skew stories about Islamic terrorism.

The professional trade body bills itself as a pillar of journalistic integrity. The SJP website states that “public enlightenment is the forerunner of justice and the foundation of democracy” and that “ethical journalism strives to ensure the free exchange of information that is accurate, fair and thorough.”

“An ethical journalist acts with integrity,” states the SJP website without hint of irony.

In the latest of a series of similar account closures by international banks, German bank Commerzbank has shut down a boycott Israel account, the first action of its kind in that country, The Jerusalem Post has learned.

The closure of the anti-Israel account because of Boycott, Divestment and Sanctions activity is believed to be the first instance of a German bank taking action to halt the movement.

“You’re f-ing Zionist, f-ing pricks, get the f–k off our campus”

Some students on the “No” side of the controversial Boycott, Divestment and Sanctions (BDS) vote at McGill University this week say the suddenly hostile climate on campus has become unbearable for them.

Since the contentious vote on Monday in support of boycotts, divestment and sanctions against Israel, many students are saying they have been targeted for their opposition and that social media is now chock-full of anti-Semitic remarks that make them very uncomfortable.

“Little Zionist jewboys not happy that McGill students don’t support their genocide,” reads one post on messaging site Yik Yak, to which users centred around a geographic area can post anonymously.

“No” side campaigner Miled Hill said he knows of at least 10 students who sought counselling to help with intolerable situations. One student was going to police on Wednesday after there was an attempt to hack his Facebook page. One student speaking about the vote after the results were announced was later followed home and verbally harassed.

Today in the longest occupation evah

Ancient ‘Freedom of Zion’ coins from the Maccabean Period found in Modi’in.

The Trudeau government has made no secret of its desire to re-engage with Iran — it was even a campaign promise — and now Foreign Affairs Minister Stéphane Dion has confirmed to CBC News that preliminary contact has been made.

Israel: No More Returning of Terrorists Bodies to Palestinians

A step in the right direction!

The Iranian government lost a key court battle Thursday when an Ontario judge ordered the Islamic republic’s non-diplomatic assets in Canada to be handed over to victims of terrorist groups sponsored by Tehran.

B’nai Brith: “Independent Jewish Voices is a fig leaf for neo-Nazis and anti-Semites”

An investigation by Aidan Fishman, Campus Affairs Coordinator for B’nai Brith Canada – a leading Jewish advocacy group which combats anti-Semitism and racism – revealed that “Independent Jewish Voices” (IJV) which passes itself off as an organization that speaks on behalf of Canadian Jews, promotes Holocaust denial through social media.

‘He is from Windsor’: Canadian identified as leader of ISIL affiliate in Bangladesh

After the near-decapitated body of a 68-year-old Hindu priest was found in western Bangladesh on Tuesday, the local ISIL affiliate claimed responsibility in a communiqué that vowed to “cleanse” the country of “filth.”

It was the latest in a wave of sectarian killings in Bangladesh — many of them attributed to a regional franchise of ISIL that is reportedly led by a Canadian and former southwestern Ontario resident named Tamim Chowdhury.

Five employees of the Jordanian intelligence service were gunned down in the Palestinian refugee camp of Baq’qa Monday.

A history professor and anti-BDS warrior at McGill University in Canada responded enthusiastically to a landmark decision taken on Wednesday by the legal arm of the institution’s student body to ban anti-Israel boycott, divestment and sanctions activities on campus.

Those crazy Palestinians! In a region literally exploding with practical jokers, they’ve again mastered this lowest form of humor. And they did it by ensnaring the New York Times (via the Associated Press), the Washington Post, and USA Today simultaneously.

Their latest trick? Opening a history museum with no exhibits.

The State Department on Thursday released its annual report on global terrorist activity, listing Iran as the top state sponsor of terrorism and labeling ISIS “the greatest threat globally.”