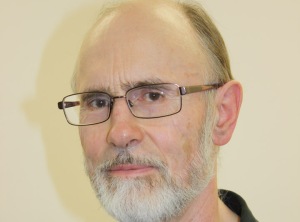 “Alex Atamanenko, MP (BC Southern Interior), was joined at a press conference today by fellow peace advocates, along with Elizabeth May of the Green Party and Liberal Jim Karygiannis to herald the introduction later in the day of his Private Members Bill to create a federal Department of Peace. May and Karygiannis are co-seconding the Bill.” 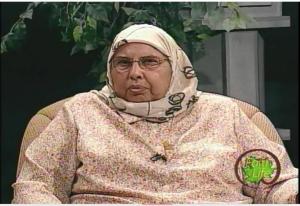 “The 2nd Women’s Multi-Faith Symposium in cooperation with the Weekend of Twinning of Synagogues and Mosques was held at the Multi-faith Centre at the University of Toronto this past weekend.  The gathering was part of the Foundation for Ethnic Understanding’s “twinning” project bringing together Muslim and Jewish congregations and organizations to share each other’s traditions and address common issues.

The GTA’s Muslim and Jewish women chose to be active participants and not be left out of these phenomena sweeping the global community.  The exciting day-long event brought together over 25 women leaders who wanted to listen, learn, share, enhance and build on the strength of religious diversity to empower each other.”

So, who did the Jewish women canoodle with?

Wahida “the Hutt” Valiante of the Canadian Islamic Congress.

Kapos or airheads, you decide.

Anti-Gay Russian Lawmaker: ‘The Issue Of Same-Sex Love Is Somewhat Like The Jewish Problem’

Elena Babich, a deputy of St. Petersburg’s Legislative Assembly and a supporter of the city’s proposed anti-gay propaganda law, has suggested that rainbow flags and homosexuality will lead to national extinction. Now, the St. Petersburg Times reports that Babich is linking the so-called “gay problem” to the “Jewish problem,” a term that is typically associated with Germany’s Third Reich:

Babich said she had “very many” friends who are gay, but all of them led “covert” lifestyles, and advised that LGBT people should act so as not to be visible to the public. She then compared them to the Jewish community. “It’s very important not to draw attention to oneself too much,” she said.

“One of the books that I have starts like this: The issue of same-sex love is somewhat like the Jewish problem. When there are too many Jews — in every field of management, on television, in the arts, everywhere — it ends badly for Jews themselves. They [Jews] always make efforts to regulate this aspect.”

The Dangers of Democracy

“Starting with Iran, for over 30 years we have misunderstood the Middle East because we have refused to acknowledge the role of Islam as the central dynamic of most Muslim hearts and minds. Now we are indulging the magical powers attributed to “democracy” and “freedom” to continue avoiding that truth.”

Iran seeks to destabilize Saudi Arabia: ‘Al- Saud should give up power’ 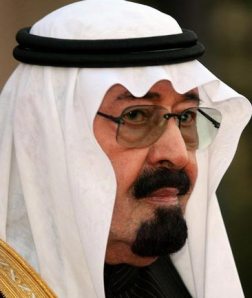 “You should give up power and leave it to the people. They will establish a people’s government,” Ayatollah Ahmad Jannati said in the weekly Muslim prayers at Tehran University.

“It is better for the Al-Saud to awaken. The fate of the Egyptian pharaoh (Hosni Mubarak) and that of the (fallen) strongmen in Libya and Tunisia, ultimately, awaits the Saudi pharaoh (King Abdullah)… You should be careful,” he said, as worshippers chanted “Death to Al-Saud.”

“I don’t think the ongoing assault against the regime is coming from outside Iran.  I think it comes from the Iranian opposition within the country.  And I think it shows that the opposition is a great deal stronger than the experts have opined.”